It’s been just over a month since we returned from a six-night (surprise, for me actually) trip to Barcelona. I have hopes that the British summer is picking up now and will last throughout September, which is some consolation after a taste of the real deal.

Here’s what I loved about this pretty everything-city.

Getting the cable car up to Mont Juic. I always insist that I like things like cable cars and ferris wheels when actually swinging from a great height isn’t exactly my favourite. But this was fun though and, crucially, a lot quicker than walking up that hill. It makes for a cheap afternoon out, too – we got single tickets to the top, had a walk around the castle grounds and then wandered back over the next hour or so, stopping to take in views on the way. The gardens on the way back down were so quiet because it seems like most people get return tickets. If you like a wander, don’t. There’s a lot to take in by doing the second part on foot. 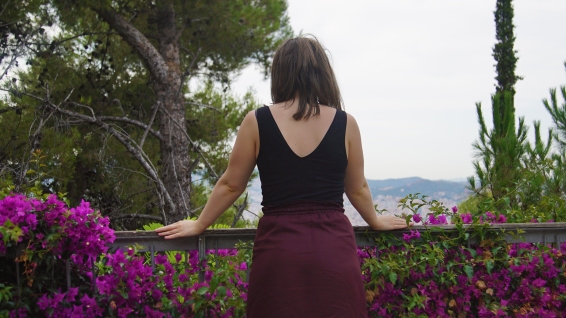 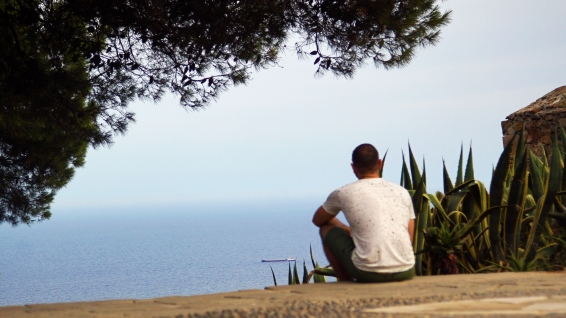 The Magic Fountain. Sounds like a kids’ TV show or some kind of drug. It’s not (as far as I know). It’s the big, colourful hour-long water display that happens to music, as if every evening was New Year’s Eve on the Southbank. I think this is definitely worth seeing at least once; go an hour or more before if you’re really intent on getting a proper seat, but we perched on a free patch of pavement and were perfectly happy. Ok, the music was kind of predictable and the opportune salespeople (pushing drinks for you and annoying, loud, light-up things for your kids to throw at you) were a bit much, but the lights are so pretty. And I’m a romantic, so it was easy for me to get sucked in. Just look. 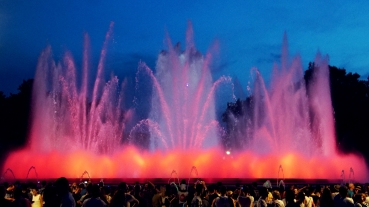 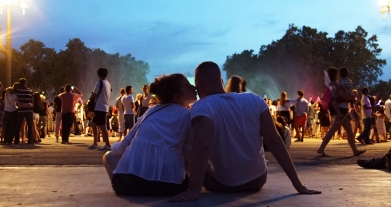 The beach. How blue is that sea? For me – being a Factor 50 kind of gal – it was too hot to sit out in the sun all day. We took cover in the shade of palm trees or used the excuse to go get a drink at one of the beach bars.

And finally, the Sagrada Familia. Here is truth which I am neither proud nor ashamed of: I very rarely pay to go into attractions. I supported the National Trust for maybe 10 years and I get why beautiful buildings need an income to support them – that’s fine. But I will never be the ‘audio tour’ type. The thing is, everyone who’s been to Barcelona will tell you to go here; they’ll say it’s a must but won’t say too much for not wanting to spoil it. It is special. We visited in late afternoon and still saw amazing light. For other photographers, especially those who love architecture, it must be incredible first or last thing in the day.

Not pictured but loved equally: The Old Town, El Born, Eixample, the tapas, the cafés, the wine, the late-night gelato, the veggie options at Flax and Kale, the gardens, the fact that it has it’s own Arc De Triompe, riding around the city on rented bikes, not having to wear a jacket out at night, and celebrating two years together.